While Buffalo and Western New York are not known as being “exotic locations” for any type of DX-Pedition, there are several islands located within the waters of the Niagara River that could be considered “exotic” and as of yet have not hosted any sort of amateur radio activity.

Many of you may have heard of Islands on the Air (IOTA), which is an organization sponsored by the Radio Society of Great Britain (RSGB). IOTA is a popular activity/award for amateur radio operators where the objective is to contact other operators transmitting from offshore islands throughout the world. There is also an associated contest each July, where operators make a special effort to put as many islands as possible on the air, often with the use of portable and battery-powered equipment. For some, the lure of being able to contact these extremely exotic and totally remote locations is about as exciting as being an operator actually putting the island on the air.

A little closer to home, the United States Islands Awards Program (USI) covers saltwater and inland freshwater river or lake islands of the fifty (50) states of the United States and U.S Territories or Protectorates. USI was formed to further enhance “island chasing” that had become so popular on the amateur radio bands but was sponsored by IOTA (which was a British organization). With the desire to create an island program for the United States, the USI was developed in 1994 with the goal to promote a simple but effective system of United States island collecting in a professional radio-manner. USI warmly welcomes all ham radio operators and island enthusiasts to yet another facet of island collecting. Through USI, you can still seek out those “exotic” and remote locations, but for many of these islands, you won’t have to venture too far from your home to do so.

According to the U.S. Islands Award Program, many of the islands on the Niagara River have yet to be activated by anyone. Through special permission of the New York State Department of Environmental Conservation, RAWNY has been granted a one-time only permit to operate from the Motor Island Wildlife Management Area – otherwise known simply as Motor Island. Since the island is a protected wildlife refuge, being able to go ashore has been strictly prohibited in the past. However, RAWNY submitted a very detailed proposal explaining the desire to “activate” this island via amateur radio, and the request was enthusiastically granted by the NYS DEC with some strict guidelines which we are more than happy to follow. It should be noted that after the RAWNY team packs up and departs Motor Island, no further amateur radio activity, either from a club or an individual, will be permitted on the island ever again.

Unlike some of the more stellar DX-Peditions that have taken place over the years (Clipperton Island, Navassa Island, or Heard Island where the operation took place over the course of a week or more), our “DX-Pedition” has been limited to a one day only event. However, we plan on making this a robust 14 to 16 hour day to the best of our abilities and make as many contacts possible using four to five stations on the air at the same time if at all possible. Since Motor Island is a protected area, we will be using battery power only (no generators), and limiting our output power to 50 watts or less.

RAWNY’s club call, W2PE, will be on the air from Motor Island on August 6, 2016 with a rain date set for August 7th. We will be using 40 through 15 meters (conditions permitting) and will be concentrating on phone and CW operation only. Keep in mind that we will be operating just slightly over QRP power so keep your ears wide open. We will be spotted on the DX clusters so keep an eye out for that as well.

73 and talk to you from Motor Island! 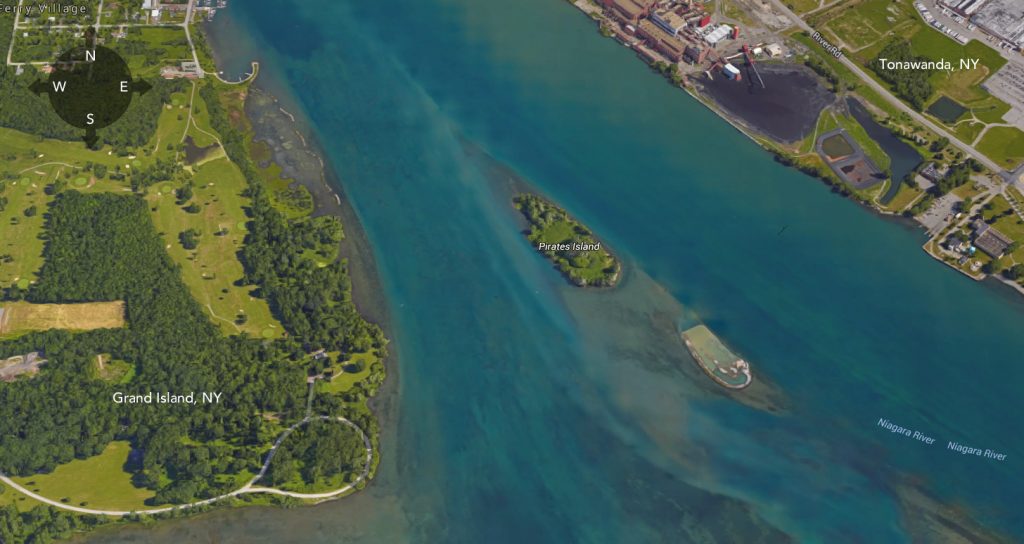 Image courtesy of Google Maps. Motor Island is labeled here as “Pirates Island” after a club/hotel that used to be on the island.