During the late 1960s and the 1970s, RAWNY was fortunate to have a club station – using the call W2PE – at the Salvation Army location on Main Street in downtown Buffalo. But an amazing turn of events occurred in 1976 when the City of Buffalo created a new Naval and Serviceman’s Park/Museum right on the Buffalo waterfront where the Niagara River and Lake Erie meet. 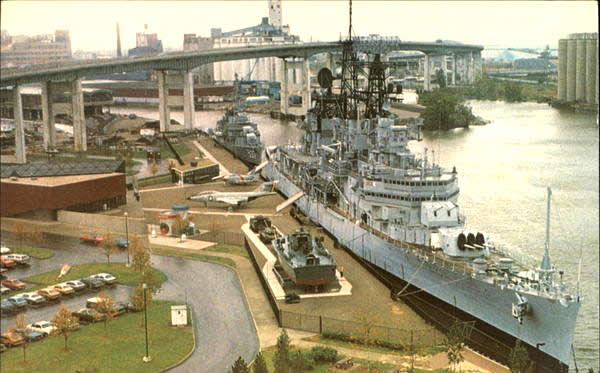 In creating the museum, the park applied to the United States Navy for a decommissioned naval vessel. The Navy agreed and donated to the City of Buffalo the destroyer USS The Sullivans, and the Guided Missile Cruiser USS Little Rock followed in 1977. The Buffalo Naval & Military Park opened to the public in 1979.

In 1981, RAWNY’s Board of Directors approached the Buffalo Naval Park on the possibility of using a room on board one of the vessels for a new club station. There, they would be able to demonstrate amateur radio to the public as part of the walk-through tours. 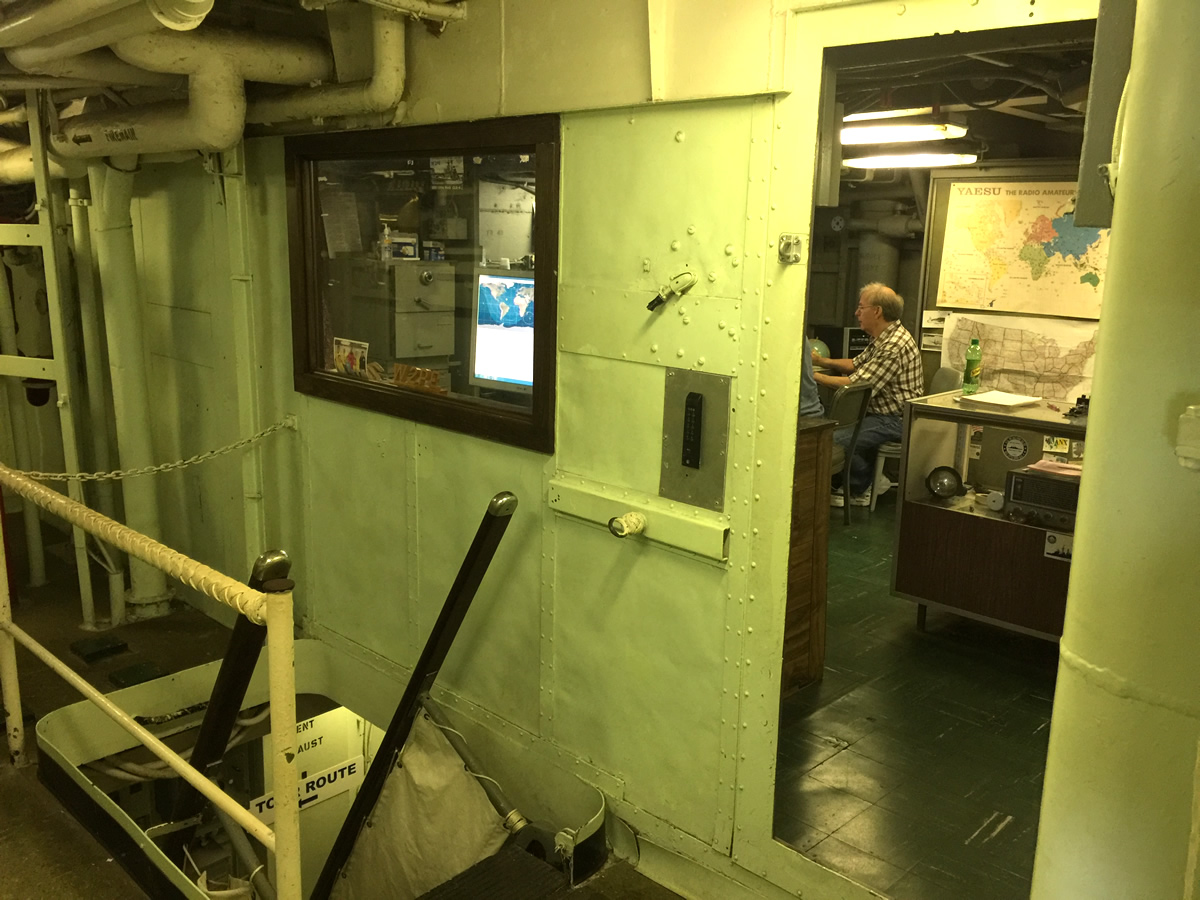 The park agreed that having an active amateur radio club on board a historic naval vessel was a great idea, so permission was granted to set up a station in a dedicated location on board USS Little Rock. To this day, RAWNY proudly maintains its club station, W2PE, on the Little Rock.

In 2002, RAWNY decided to make certain that the dedication and the advancement of amateur radio of one of its members was not forgotten as the club’s station, W2PE, was named in honor of Clara Reger. 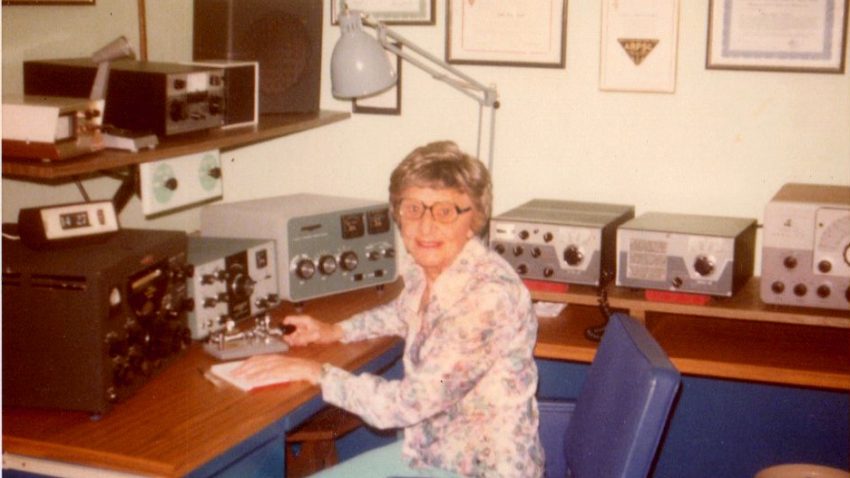 Clara was first licensed in 1933 with the call W8KYR at the age of 35. During this period of Amateur Radio history, New York was part of the “8” call area. She was part of a brother and sister amateur radio duo that was quite well known on the air. During the 1930s, Clara developed the CW signature that all young ladies used when sending a salutation at the end of their contacts – “33”; which meant “love sealed with friendship.”

After World War 2, she managed disaster communications as an Appointed Official at the Red Cross station in Buffalo, NY. She was extremely proficient in CW and could copy in excess of 50 words per minute. She made it her goal to teach CW and radio electronics to anyone willing to learn it, and it was quite an honor to receive one of her “RUF and READY AWARD CERTIFICATES” – named after the call sign she received when New York became the “2” call area – W2RUF.

In 1961, Clara received the Edison Award for teaching a 14 year old boy how to send Morse code with his feet. He did not have arms. The Edison Award is given to honor excellence in new product and service development, marketing, human-centered design and innovation. Likewise in 1961, she was the recipient of the Outstanding Amateur Award for New York State. RAWNY was very fortunate to have such a dedicated member in Clara Reger.

RAWNY’s club station, W2PE, serves as an ambassador to amateur radio where demonstrations, tours, classes, and of course, Field Day operations take place. Since the station is located right on the tour route of USS Little Rock, visitors are encouraged to stop in, view the station, and take a turn sending their name in Morse Code.

W2PE is on the air during the summer months with the station being manned by its many volunteer operators. Field Day, however, still remains RAWNY’s biggest operating of the year. 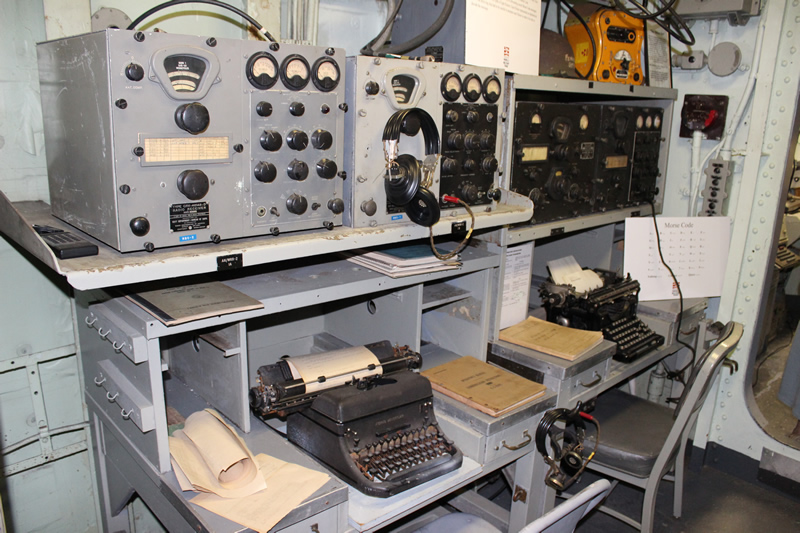 Since the club station is located on a historic naval vessel, W2PE takes part in the annual Museum Ships on the Air event which is sponsored by the Battleship New Jersey Amateur Radio Station, NJ2BB.

During the past three years, RAWNY has been able to have a second station located on USS The Sullivans. From here, W2PE is active during Military holidays in addition to the Museum Ships event.