The following items were discussed on the RAWNY Information Net for the months of June through July, 2017. 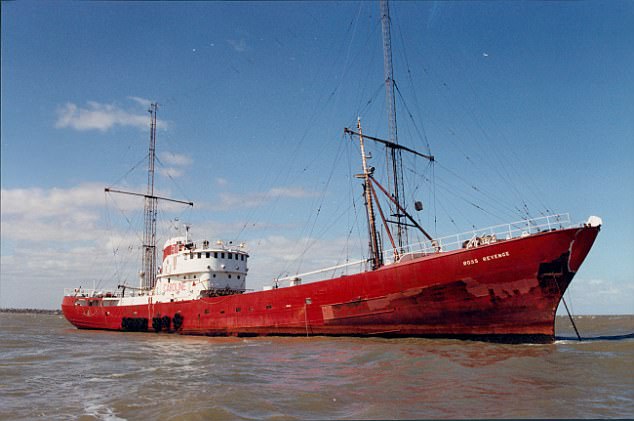 From August 3 to August 7, 2017, amateur radio club Martello Tower Group from Essex, England, will be on the air from Blackwater Estuary on board the MV Ross Revenge which is the home of Radio Caroline. Using the call GB5RC the group will be on the air from 1700 UTC until 0600 UTC celebrating 50 years of perhaps the most influential “pirate” radio station ever.

“Radio Caroline is a British radio station founded in 1964 by Ronan O’Rahilly to circumvent the record companies’ control of popular music broadcasting in the United Kingdom and the BBC’s radio broadcasting monopoly. Unlicensed by any government for most of its early life, it was a pirate radio station that never actually became illegal, although after the Marine Offences Act (1967) it became illegal for a British subject to associate with it.

The Radio Caroline name was used to broadcast from international waters, using five different ships of three different owners, from 1964 to 1990, and via satellite from 1998 to 2013. Radio Caroline currently broadcasts 24 hours a day via the internet and by occasional restricted service licence, they also broadcast on DAB radio in certain areas of the UK.

Radio Caroline broadcasts music from the 1960s to contemporary, with an emphasis on album-oriented rock (AOR).”

New WSJT-X Release
A new (BETA) release of the popular WSJT-X software, written by Joe Taylor (K1JT) has just been released – version 1.8.0. In addition to the JT65 and JT9 protocols, WSJT-X also contains the WSPR program for weak-signal beaconing. Most importantly, version 1.8.0 features the newly developed FT-8 protocol which has a much faster turnaround time than standard JT-65. According to the notes for the candidate release, FT8 offers “sensitivity down to –20 dB on the AWGN channel,” and contacts 4 times faster than JT65 or JT9. Actually, the FT8 protocol has 15 second transmissions rather than 45-50 seconds with a 10 second decode time as is the norm for JT65 transmissions.

An auto-sequencing feature offers the option to respond automatically to the first decoded reply to your CQ. The beta WSJT-X also offers a new mode for accurate frequency calibration of your radio, improved CAT radio control, and enhanced JT65, QRA64, and MSK144 decoder performance.

You can view more information and download the 1.8.0 BETA release by visiting Joe Talyor’s University of Princeton webpage. 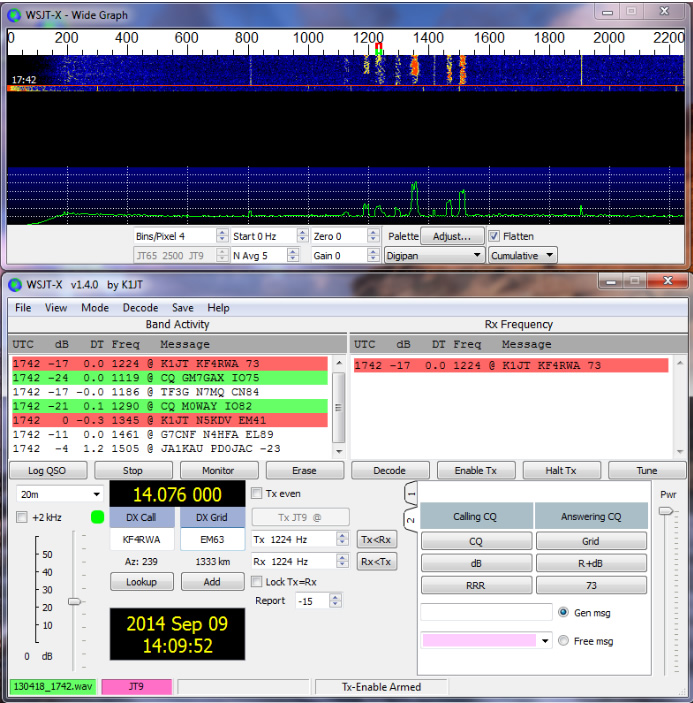 (Segments from this article obtained from http://www.arrl.org/news/new-ft8-mode-included-in-wsjt-x-beta-release)

YouTube Channel of Note
Check out another very informative Amateur Radio Channel on YouTube – Dave Casler Ham Radio Answers; Your Channel to Discover Amateur Radio.
This channel is loaded with very well-produced videos on numerous ham radio subjects from the BITX-40 through “how to use and understand antenna analyzers.” Also featured on the channel are Technician, General and Extra Class video courses. Dave has a very calm demeanor and each video is laid out using easy-to-understand methods. Check him out!

To commemorate its 20th anniversary, ARISS is planning to transmit a set of 12 slow-scan television (SSTV) images that capture the accomplishments of ARISS over the years. SSTV transmissions from the International Space Station will take place on 145.800 MHz FM around the July 15-16 weekend.

More can be found by visiting the ARISS website at: http://ariss-sstv.blogspot.co.uk/2017/06/ariss-sstv-commemorative-activity.html​

You’ll need an SSTV decoder in order to receive and view the images that the ISS will be transmitting. MMSSTV is a very easy-to-use piece of software; and it’s free! You can find information about MMSSTV by visiting its website at: http://hamsoft.ca/pages/mmsstv.php