RAWNY (W2PE) is proud of the fact that we have had over 95 years of American Radio Relay League affiliation. We are in the Western NY Section of the ARRL‘s Atlantic Division. The ARRL is a non-commercial, national association of radio amateurs. We have been associated since November 20, 1920.  RAWNY was awarded the “Distinguished Service Award” by the Atlantic Division of the ARRL in recognition of significant contributions to the division and the amateur radio community. 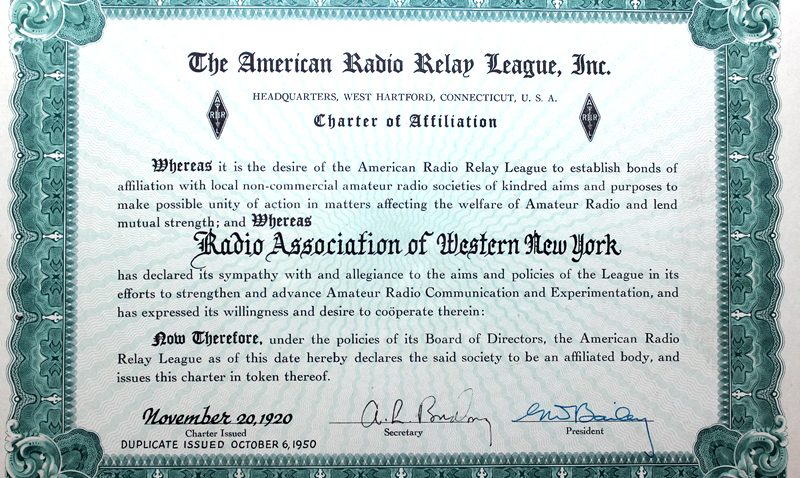 We are a general interest club currently with 66 members, and we support and encourage all aspects of amateur radio. Our meeting programs cover everything from antennas to power supplies; home brewing to ham radio operating practices. We also host our annual Ham Radio and Technology Fair where we demonstrate many facets of the hobby to our younger generation.

You do not have to be a licensed radio amateur to be a member; just have an interest in radio communications. Please join us on the 2nd Tuesday of each month (September through May) if you are in the area or wish to become a member of RAWNY. General meetings are held at the Church of the Nativity, 1530 Colvin Blvd., Tonawanda, NY. Follow this link for directions to the church.

During the summer months, our activities shift to the USS Little Rock at the Buffalo and Erie County Naval & Military Park in downtown Buffalo, New York. There, we have a club HF station on the public tour route demonstrating the hobby to the park visitors.