Special Operating Event in Honor of the Commissioning of the New USS Little Rock, LCS-9

Since 1981, The Radio Association of Western New York has been proud to have its club station, W2PE, on board USS Little Rock (CLG-4) at the Buffalo Naval & Military Park in downtown Buffalo, NY.

An event of unprecedented historic significance took place at the Naval Park and Canalside on December 16, 2017, as the US Navy’s newest warship, LCS-9 – USS Little Rock, was commissioned for active duty alongside its namesake, USS Little Rock (CLG-4). Not in 240-plus years has the Navy commissioned one of its vessels in such a manner, and Buffalo, NY was honored to be the chosen location for the event. Of course, it was only fitting that the two ship take their place in history alongside each other. More information about LCS-9 can be found by visiting the website for the USS Little Rock LCS-9 Commissioning Committee.

RAWNY had its club station, W2PE, on the air for a special event during the entire week of December 10 through the 16th in honor of the commissioning of LCS-9. The actual commissioning took place at 11:00 am on December 16th. Even though the weather was less than stellar, RAWNY had operators on 80, 40, 20, 17 meters using both phone and digital modes. Operating times were not written in stone, but we tried to be on the air from 1500 UTC until 2000 UTC during the week. Once all the contacts were made by the time we finished on December 16, over 2000 contacts were made in commemoration of this historic event.

A special QSL card is available by sending a business-sized self-addressed stamped envelope to the address found on QRZ.com for N2HTL.

Special thanks to K2WH, one of the hams who made contact with us during the event, for sending the following audio file of the pile-up W2PE had on 20 meters. 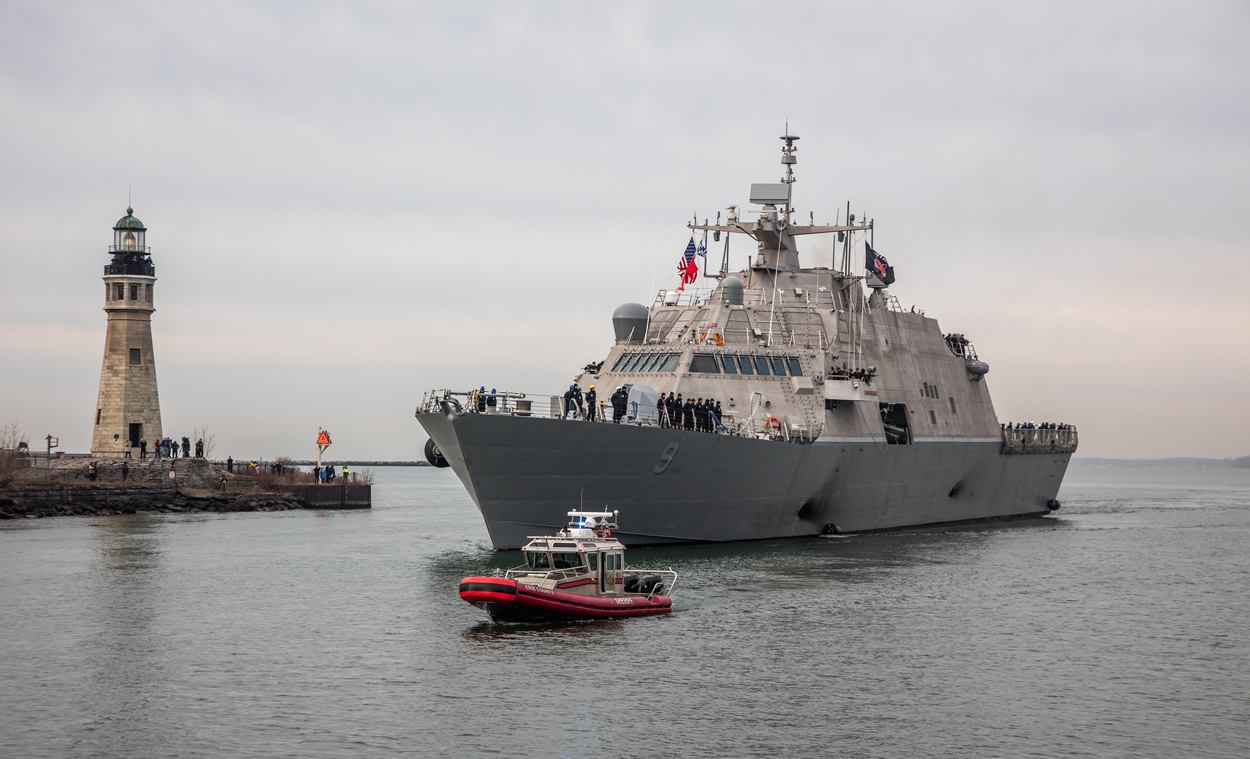 LCS-9, USS Little Rock, passed Buffalo Light as it enters Buffalo Harbor on Monday, December 4, 2017. The crew is lined up to salute Navy veterans who are on board USS Little Rock, CLG-4, which the vessel will pass in minutes. Photo courtesy of Thom, KC2EHZ.