A Tribute to Mac Willard (KA2EXI)

On October 20, 2018, RAWNY lost another of its dear members as Mac Willard, KA2EXI, became a Silent Key.

Mac had been a part of RAWNY since April of 1981 with his wife Norma (KA2DEK) joining the club shortly thereafter. Both Mac and Norma were very active in the club; participating in Field Day and other special events. For years, Mac and Norma were the friendly faces behind the serving door to the kitchen of the Church of the Nativity; providing coffee, doughnuts, and other snacks to our members at each meeting.

In 1984, Mac was elected to the Secretary position on RAWNY’s board of directors. According to his bio, from a 1984 issue of RAWNY’s “QSO” newsletter, Mac was a contract engineer at American Standard. He was active with the Civil Air Patrol, commanding the TAK Squadron in Tonawanda for 8 years. There was so much more to Mac Willard than the brief bio he wrote.

Mac was born in July of 1924 and lived in Buffalo and Tonawanda his entire life.He joined the United States Air Corps in 1943 and completed his Basic Training at the Miami Beach Training Center. From there, he studied Aircraft Mechanics at the Academy of Aeronautics, near Laguardia Field (now known as Vaughn College of Aeronautics) in New York. He continued his studies of aircraft repair at the Casey Jones School of Aeronautics in Newark New Jersey, where he signed up for the Aviation Cadets and eventually trained in Aerial Gunnery.

After his training, Mac was deployed to the Pacific Conflict where he served at Hickam Field (Hickam Air Force Base) in Oahu, Nadzab, New Guinea, and on Morotai Island in the Dutch East Indies. Mac successfully flew 38 missions on B-24s. He achieved the rank of T/Sgt. and was discharged on October 30, 1945.

Shortly after the war, Mac married Norma Wagner and happily enjoyed life with his wife and children, and eventually, grandchildren.

While at home, Mac worked with American District Steam as a heat exchange pressure vessel estimator and design engineer for eight years. He then worked at the Linde Division of Union Carbide for eight years as a Project Manager. Finally, Mac settled at American Standard (Heat Transfer Division) as a contract engineer for seventeen years before finally retiring in 1986.

Both Mac and Norma were very active in ham radio, especially on the HF bands. They were so passionate about the hobby that they painted the garage door of the Brighton Avenue home to resemble the ARRL Map of the World, complete with their call signs. 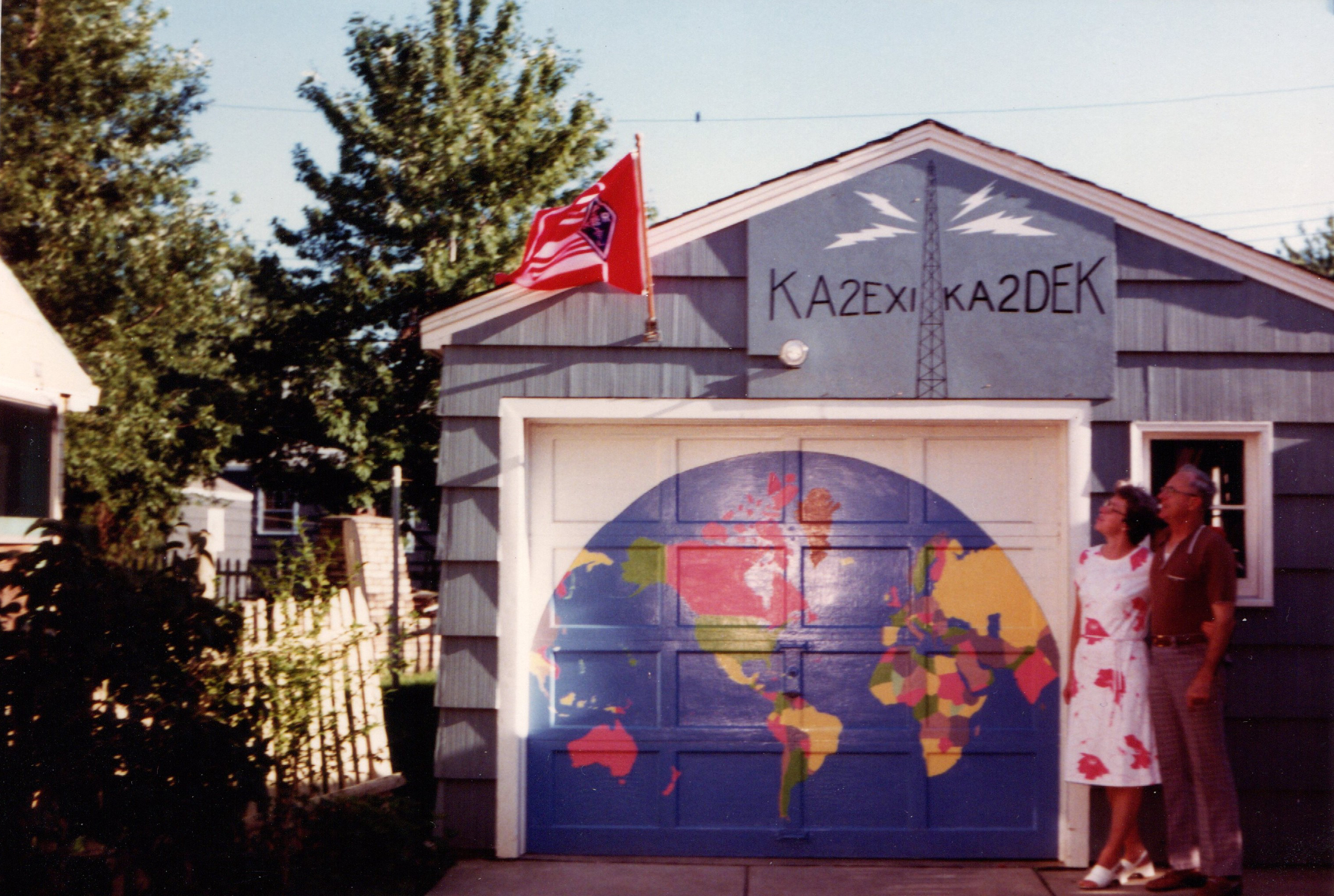 For those of us who were fortunate to know Mac Williard and his wife Norma, he will surely be missed.

God speed, Mac. Best 73 and thanks for all you did for RAWNY.